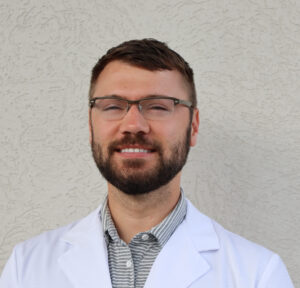 Outside of the clinic, he spends his time researching all things golf-related including equipment and golf course architecture, going skiing, playing poker, and attempting to ride every roller coaster in the United States. Dr. Alpino resides in Morgantown with his wife Morgan, a Pediatric Dentist, and their two Australian Shepherds: Cali and Sadie.

Dr. Alpino will be practicing at both our Morgantown and Bridgeport locations.

We are incredibly glad to have Dr. Alpino join our team of expert Optometrists and can’t wait to welcome him to the Practice!

You can schedule your next appointment with us online!

Let's continue the conversation over on your social network of choice.